How are you doing? Probably many of you are at the European Go Congress, or others just watching at home, excited, the European Championship’s games. I did include in my studying routine, watching as well all the games, very excited.Congratulations to Ilya Shikshin, the winner, Artem Kachanovski, for the 2nd place, but especially to Lukas Podpera and Stanislaw Frejlak who both had excellent results at the European Championship. Looking forward to seeing your games in the future and your improvement!

I am getting close to 1 month of studying in BIBA already and I don’t know how time passed so fast. Sometimes, when we get into a routine, we do one thing everyday, it feels that time is stopped, but in fact if we see it globally, just like a fuseki opening, all the moments just fly, like a butterfly… or a mosquito.

This time I am not going to bore you with my sheets of tsumego (too much), because some followers of the blog asked me if I could also write about the side activities that we are doing, not only just studying.

Very hard to achieve this, because it is mainly what I am doing and I am satisfied with this fact, but I will do my best at least to try.

One week ago, we had a sightseeing day and we visited 2 nice places. One is the Nami Island, a place that I literally fell in love with, I hope I can do this trip once again sometime. It was 1,5 hours away with the car, and we needed to take a boat for 5-10 minutes, to arrive on the Nami Island. 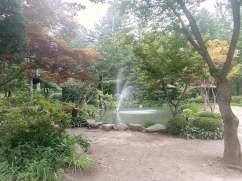 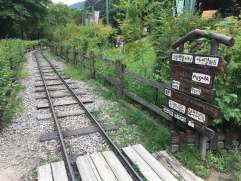 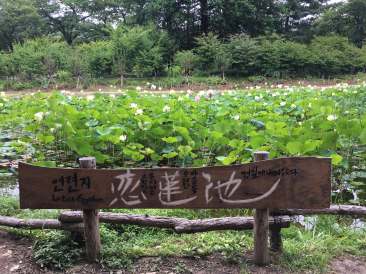 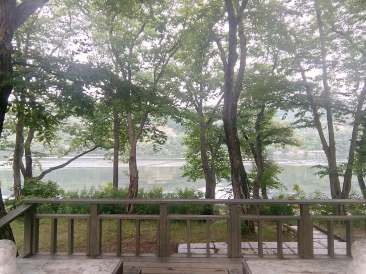 You could have heard nice chilling music, birds singing, seeing people having a good time and some landscapes taken from the fairytales. My constant mood was very similar to Hikaru no Go, when I was there, cannot really explain why, but overall I had a good time.

We found some books where you could leave a sign, so that people, and you remember that you were there. “A few moments to learn, a lifetime to master”… I wrote it, but then suddenly after not paying attention 5 seconds, I gave my signature on another book. Sorry k-pop fan stranger. 😦 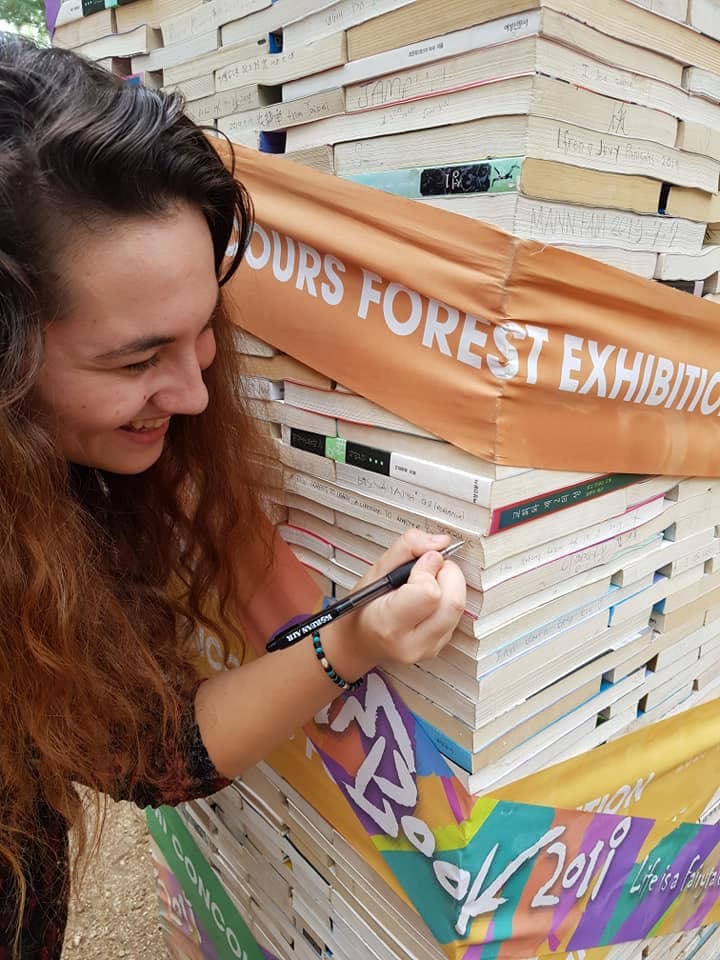 Bunnies and ostrichs, being free (partially), eating  leaves and posing for cameras! And me not managing to be serious for a picture. There is Sensei Blackie behind. ^^

The next destination was Le Petite France, basically the land of the story (and not only) of Little Prince. There we could have found houses in French styles and a lot of paitings and drawings related to the Little Prince. French music, calm mood and childhood memories. 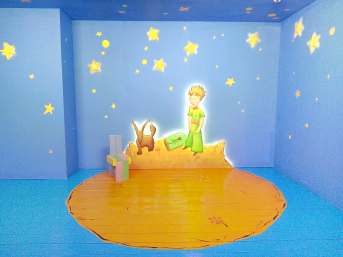 Going back to the reality, my Go is under a drastic change. I realized a very important thing here, studying in Korea. We, Europeans, don’t focus enough (maybe not at all) on basics, even if we believe that we do that. While solving tsumego everyday, you meet a lot of basic shapes that can help you a lot in real games. So because I was meeting basic shapes very often in my problems, Dia and Blackie realized that there is no much base in my style. I was having some really hard times to understand, not just solve, kinds of problems like ben4, thousand years ko, rabbity 6, because I couldn’t associate the answer of the tsumego with the shape. And it is still very hard to do it for other tsumegos. Some of them have the same shape, so very similar answer or same answer and I am still thinking a lot on them.

Understanding the shapes is very important also not when you just have a fighting position, but when you are in the opening, you don’t know all the josekies, but you can have a decent result if you just know basic shapes. I was very surprised to see that my base level is very low.

I was having a discussion with Thibaud, a student here, who will unfortunately go back home in a few days, and he told me that he has sometimes moments when he sees the board, and he misses (forgets) to apply the most important principle in Go, which is: first, defend your weak groups, second, attack the opponent’s weak groups, third, make territory. Then he can loses the tempo of the game, just because he forgot to use this very basic principle.

I saw a question on a Go group, from a player who was asking, what is the most important thing that you need to do to improve your Go. Before I would have said maybe, solve tsumego and play a lot of games, which is also very important, but in my oppinion, learning the basics. Maybe putting pro games on real board, not rushing, but patiently seeing the moves of the players, could help you to memorize and understand some shapes. Of course, most of the games you would feel that you don’t understand much of the game, but for a long term, it could help you to have more ideas of what to play in your games. And tsumego! Painful, but real. Studying with Leela can be now very famous, even among the beginners, because you have a teacher at home, let’s say. But if you just study with AI and don’t understand what are you actually playing, in the future you will meet all kinds of situations that will make you realize you don’t really understand the positions and what are you playing, deeply.

It is very interesting to see that double digit kyu players here, know better than me, the corner shapes, because that is one of the first things that they learn as beginners.

This weekend, I also played my first tournament here in Korea, the 2nd Dongho League. It took place in a building which is mainly for mindsports. There I found a lot of boardgames, for fans!

This is my name written in Korean, only Gabi, not Gabriela.

The tournament didn’t go very well for me, as expected, because lately I don’t play very good, 3 losses out of 4 games, in the 5th group. The time settings were 10 minutes basic, 10 seconds Fisher time. For those who don’t know what Fisher time is, instead of having byo yomi, you get 10 seconds each move, starting from the beginning, so the games were very fast for me, a very slow player.

Last, but not least, I discovered the most fascinating song, which is about Go and it was released in the 80’s! Amazing!

“I played a good fuseki, but I lost the semeai…”

2 thoughts on “Lost in thought…”

This site uses Akismet to reduce spam. Learn how your comment data is processed.